Life is a difficult thing to navigate on its most mundane days.  We all need the support and encouragement that comes from a community which wants to see you succeed and thrive.  For the community of ex-military service members here in Indianapolis there is one organization standing ready with solutions that are creative, impactful and healing; Veterans Industries and Arts facebook.

Veterans Industries and Arts (VIA), opportunity assistance program is championing a “street-to-heat” campaign that will provide not only opportunities for our unhoused residents who have served in our military, but also an opportunity for our city to address certain types of urban blight and food deserts or nutritional assistance concerns with urban homesteading renovation.

VIA is in the final stages of solidifying properties and infrastructure to produce/procure and deliver locally grown produce from these properties which are run by veterans who are training and undergoing agrotherapy.

This is no small order either.  However, Jeff Piper, Director of VIA, has addressed this issue with a creative and impactful solution.  VIA has outfitted a 40 foot Blue Bird school bus and renamed it the Cool Bus – a fully functioning grocery store on wheels. 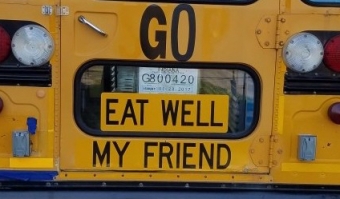 The Cool Bus has a 10-stop route per week, scheduled for several locations thru-out  Indianapolis that are underserved with nutritional options or have populations that may not have the means or ability to travel for their needs.  This project not only serves those communities at risk, but the veterans in those pockets as well.

The goal for VIA currently is to establish a headquarters facility and begin routes as soon as possible.  The ideal facility will have the ability to expand to a housing center which will accompany the agrotherapy and urban homesteading training.

Board members from VIA have worked extensively with Mayor Hogsett’s administration and recently met with Indiana State Representative Justin Moed on matters needing immediate action to bring the Cool projects to fruition.  As a result VIA has been requested by both the Mayor’s office and Moed  to scout locations and pursue those properties that will serve this effort most effectively in the next few weeks.  The properties are the Cool Gardens, the companion to the Cool Bus. 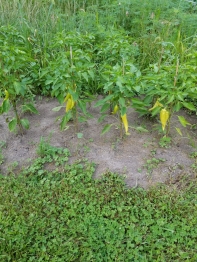 A series of fundraisers are underway for inventory costs as well as few more retrofits needed to the grocery bus.  Jeff hopes to have the Cool Bus rolling this spring and will be fully equipped to take SNAP and EBT payments.  Look for us in your neighborhood.  Until  then, eat well my friend.

To request a stop or to inquire about more information contact Jeff at ovthere.com or visit the VIA website at http://vetsindyarts.com.